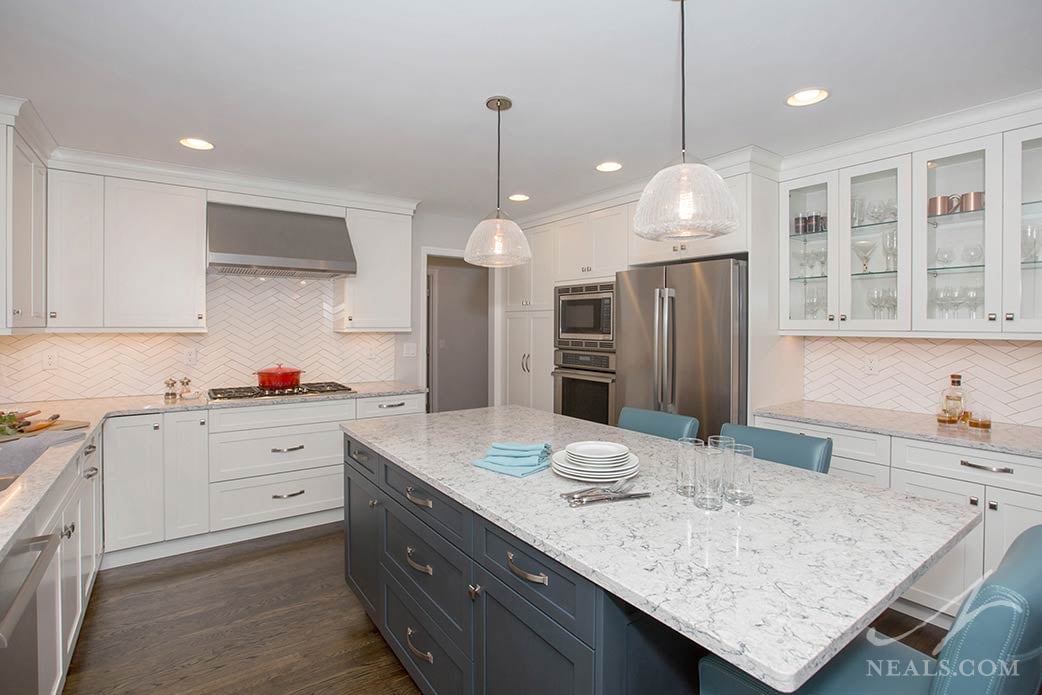 As our ideas change about what we want in a home, and how much space we need in our daily lives, it can feel sometimes like the existing floor plan of our house is out of sync and in the way. This is when a whole house remodel like this one in Deer Park can be utilized, correcting an ill-fitting home design by keeping what works and adjusting what doesn't. This project in particular centered around one major change- reversing the direction of the staircase to the lower level. Using that as a springboard for additional changes, the home is now a more spacious and intentional space. 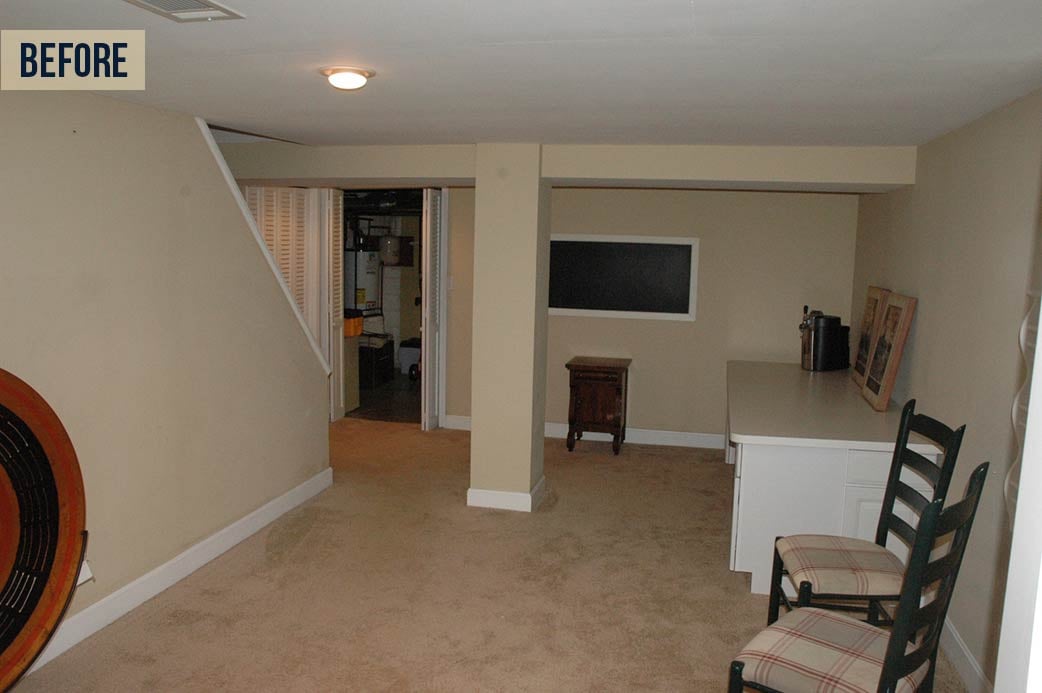 Changing the direction of the stairs to the basement had a relatively straightforward effect on the lower level. Instead of entering the space from upstairs at the far end, and having to walk around a column to get to the actual room, the new stairs bring the room's entrance to the center of the space. This change also meant that the adjacent storage space could be expanded a bit, since there was no longer a need for an aisle at the end of the stairs. 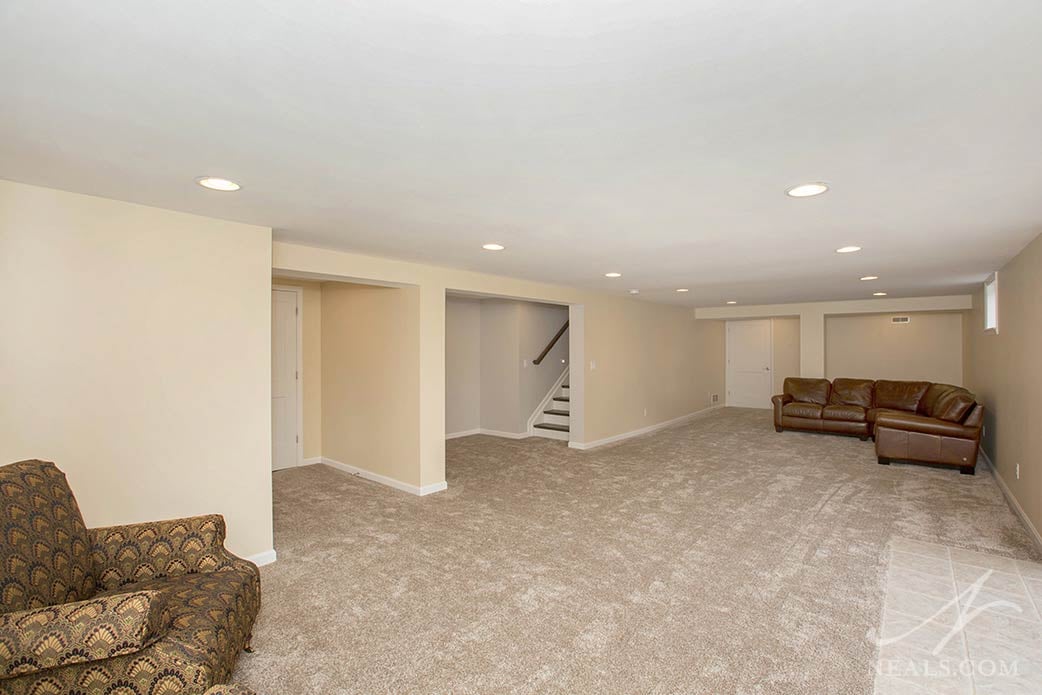 As practical of a change as this was on the lower level, the change to the staircase created more of an impact on the ground floor. In order to make the space for the stairs, the home's main hallway was opened up and a closet was removed. By shifting the stairs several feet into the hallway, the kitchen (which is through the door shown in the photo below) was given more space. Additionally, by not closing the stairwell up entirely, the hallways is visually spacious and has the feel of a more modern space. 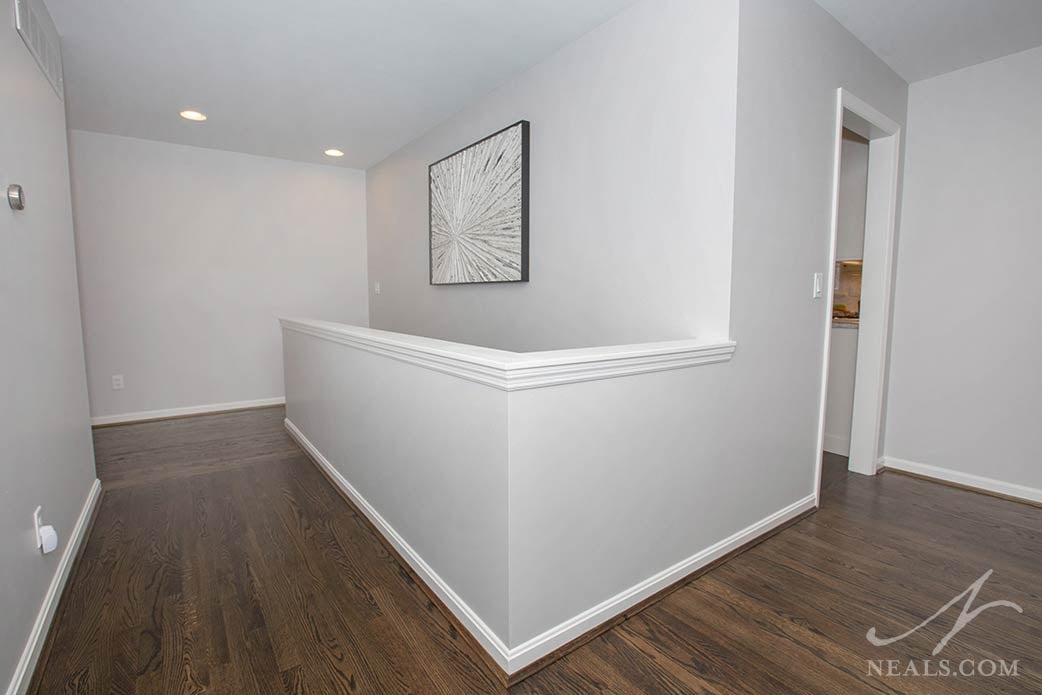 With the extra space available, the new kitchen could be redesigned to include a larger island with seating. The kitchen also now has more pantry storage cabinetry, which fills in the space the old stairwell previously occupied. The kitchen is open to the main living areas- a dining area and the living room. Both of these spaces were also updated with new flooring, a new sliding glass door to the deck, and a new fireplace surround. (You can see many more before and after photos of these changes in the slideshow we've created.) 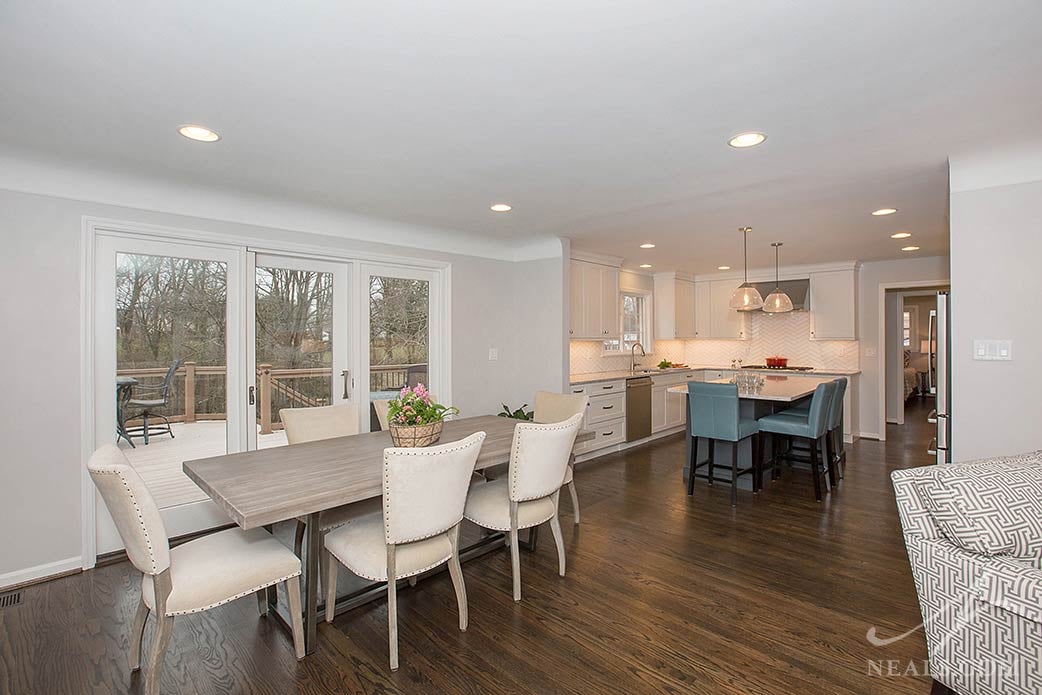 The bedrooms and bathrooms were also changed on the main floor. Rearranging the placement of doors off the new hallway, the floor plan was adjusted to create a new master bathroom and a hallway guest bath. These new bathrooms were created in the same locations as existing bathrooms to minimize the need for new plumbing. New fixtures and tile in both baths create a refreshing transitional space that matches the new look throughout the home. 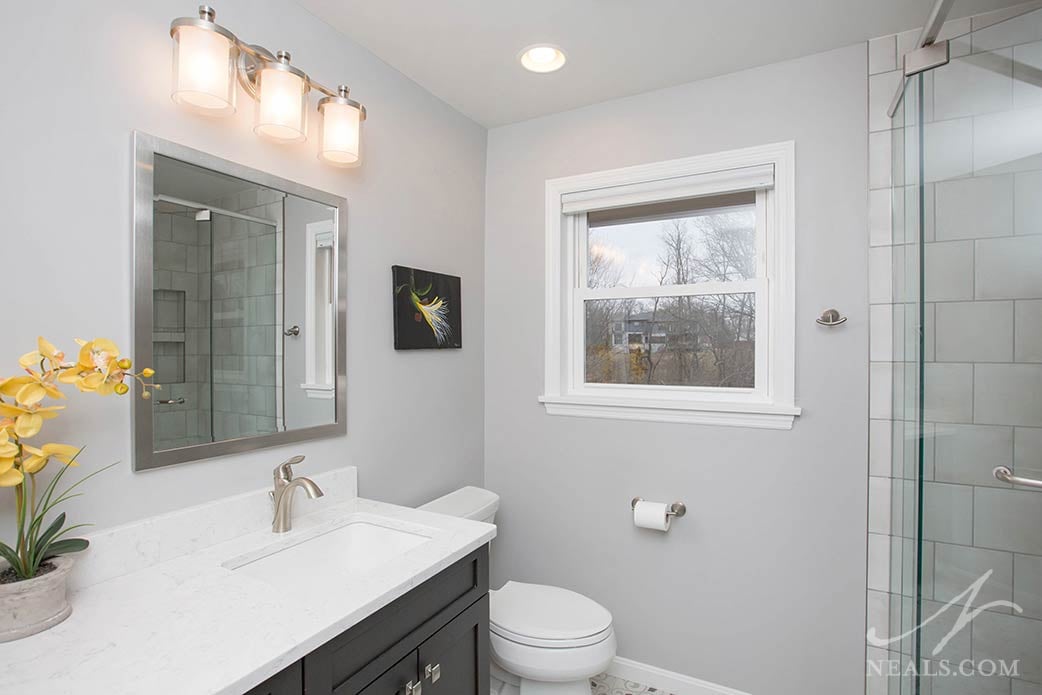 Other areas of the remodel include a new laundry room and bonus area off the main living space, aesthetic changes to the bedrooms in addition to the removal and relocation of doorways and closets, a new powder room in the basement, and a minor facelift to the front exterior. 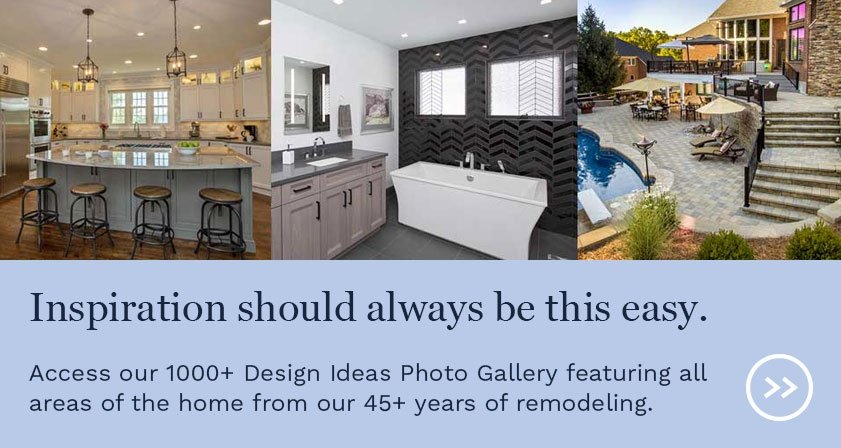