The primary goal of this Middletown kitchen remodel was to create a space that was more open and packed full of function. The homeowner's old world rustic tastes called for a complete style overhaul, which provided opportunities to create a unique kitchen with the personality to match the style of the home. 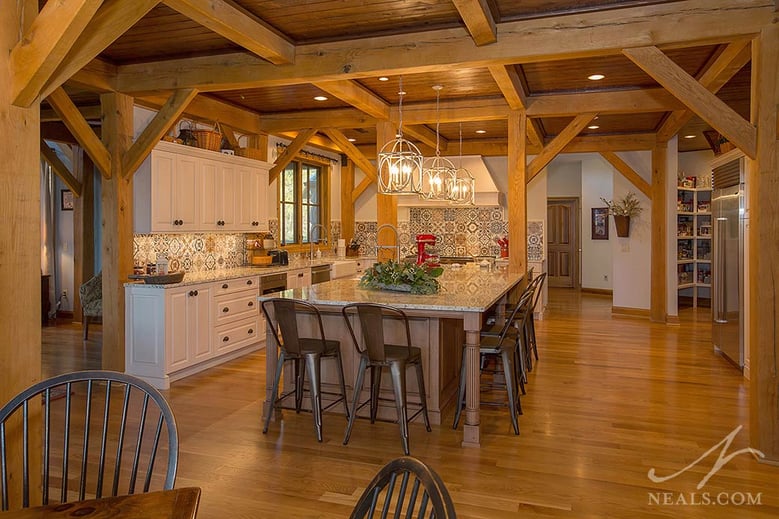 The existing kitchen was closed off from the adjoining spaces by a large peninsula that angled into the kitchen. The cabinets were a dark traditional style that felt grafted onto the space, which also contained exposed beams and columns. A small island in the center, wedged between two columns, used awkward angles to match those in the perimeter, and was maxed out with both a cooktop and a prep sink. 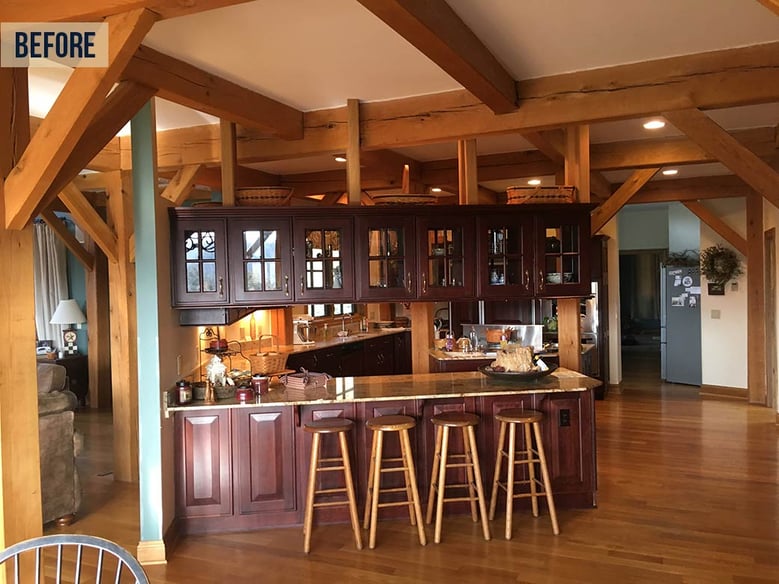 To open the new kitchen up, the peninsula was removed, and the angled wall was replaced by a new wall that extends straight out from the window. This provides space for upper cabinets in the kitchen, but also prevents the kitchen from being completely open to the living room on the other side, which was a concern of the homeowner. With the peninsula out of the way, the island could be expanded, provided a large expanse of working surface and additional storage. 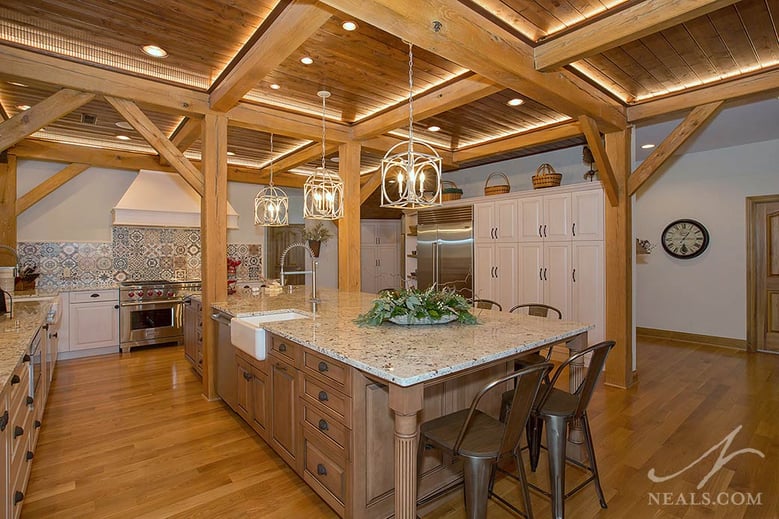 One large change to the kitchen that made a big impact was an update to the ceiling and lighting scheme. In the previous kitchen, the spaces inside the ceiling's wood coffers was clad in white painted drywall. To give the kitchen a more complete rustic design, these spaces were updated with wood paneling. The entire ceiling was outfitted with lighting- uplights that can be turned on to provide a wash of light over the whole kitchen. When those are not on, recessed lighting and attractive new pendants over the island can create a range of lighting moods. 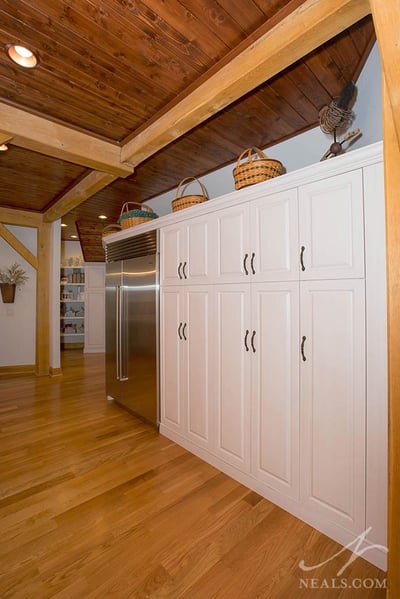 Storage is a large part of what makes this project unique. Every cabinet, drawer and shelf provides integral function to the large kitchen. Many cabinets open to reveal additional interior drawers. This high capacity for storage is best seen in the run of tall cabinets that runs along the kitchen's interior wall, around a corner, and into the new open pantry.

Another unique element of this remodel is the double appliances throughout. It's nearly a game of "find the pairs". Worked into the kitchen's design are two fridges, dishwashers, microwave drawers, sinks, and even a double-wide gas range. These duplicates expand the kitchen's capacity, and make many tasks more convenient. Everything from a small afternoon baking session to hosting an extended family dinner can be handled with ease. 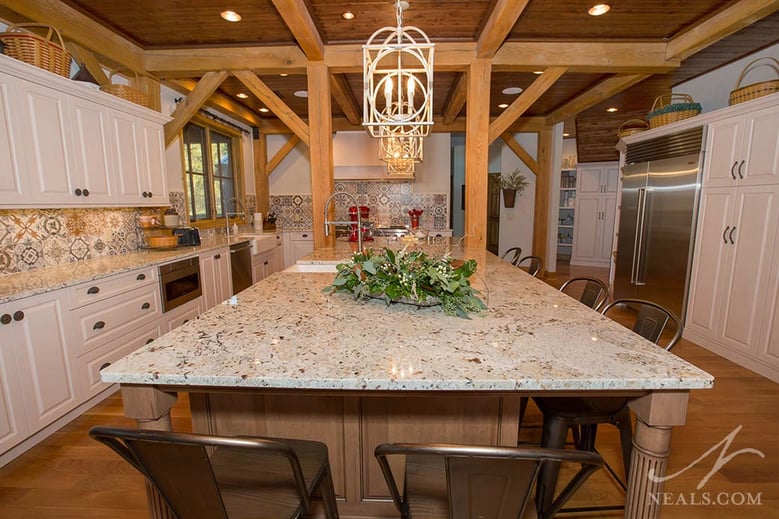 The kitchen's style can be described as "old world chic", a mixture of rustic elements and sophisticated cabinetry to create a look that recalls the laid-back character of a southern European country villa. White and brown cabinets work with the unfinished wood details to highlight the room's bones while keeping the room light. This pale neutral backdrop is then enhanced with a backsplash of printed tiles in a style called "Marrakesh Color Mix". The eclectic designs in a range of blue, orange and brown shades combine to create a festive and cozy Mediterranean look. 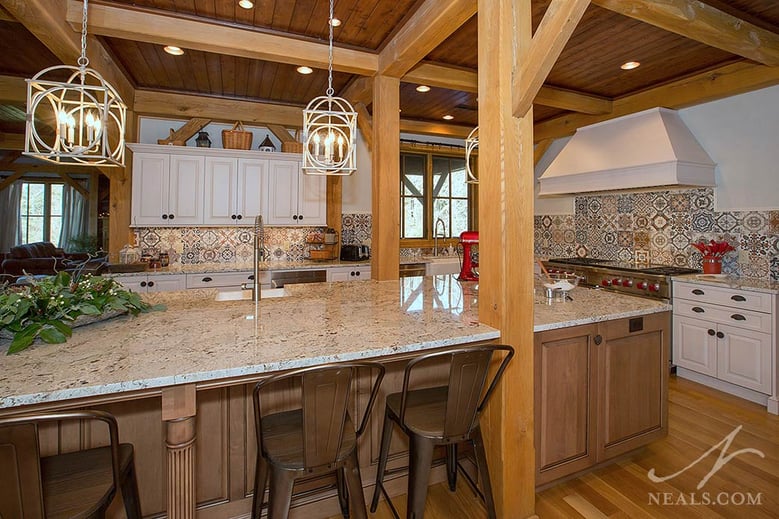