Curb appeal is important to any home. The exterior of your home sets the stage for welcoming guests and, if you’re planning to sell your home, attracting buyers. Entryways should be functional and practical. A covered entryway provides protection from the elements. A front porch can provide outdoor living space and a pleasant place to relax on warm summer evenings.

Many of the entryway projects we design and build for homeowners are porticos. A portico is a covered entrance comprised of columns that support a roof structure. Porticos were first used in architecture in ancient Greece and have been a key element in structures throughout history.

Here are some examples of how porticos have been used to augment the architecture of existing homes in the Greater Cincinnati area.

The portico of this cottage home adds charm and style. The roofline of the portico matches the dormers. The curved arch interior, white columns and moldings blend seamlessly with the architecture of the home. 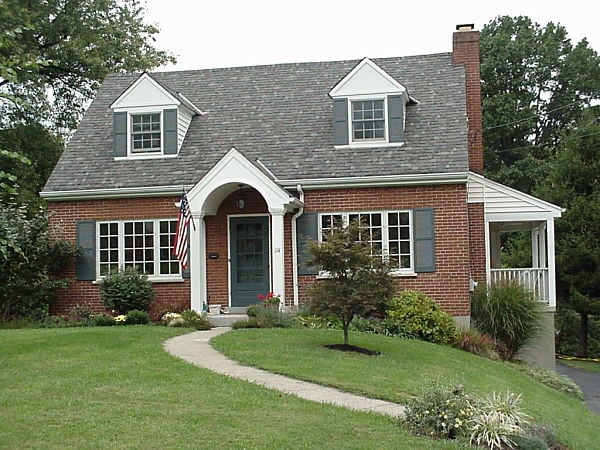 Federalist or Georgian style architecture has been prominent in the U.S. since the colonial period of the 1760s. These one and two story simple symmetrical box structures feature an entry door in the center and dentil molding used for trim. The entryway in this brick Federalist-style home has four front columns supporting a peaked roof overhang that is trimmed with dentil molding. 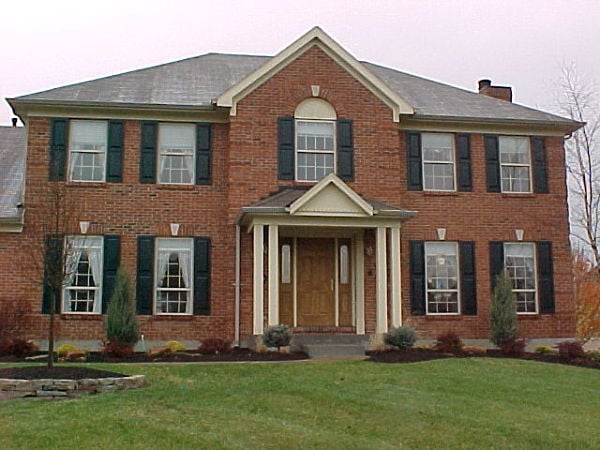 An entryway can define the style of a home. Federalist elements were used on this ranch home to complement the brick façade. A new glass-paneled wood door, dentil molding and columns create the colonial look. 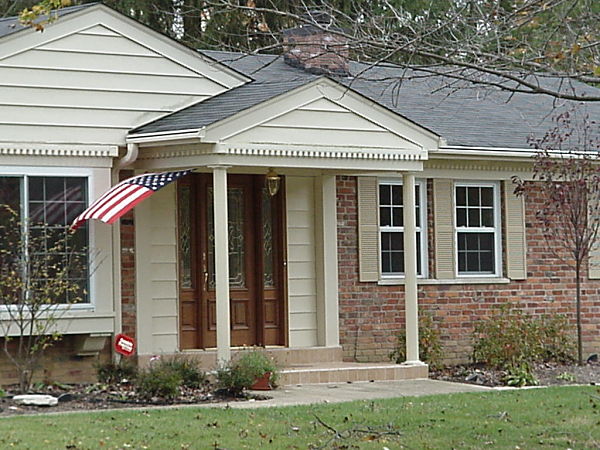 Country French-style homes are elegant structures with stone facades and interesting steep rooflines, which can be hipped, double-pitched or feature a turret. The six-column portico designed for this home complements the arches of the upper story windows and the long lines of the French windows on the main floor. 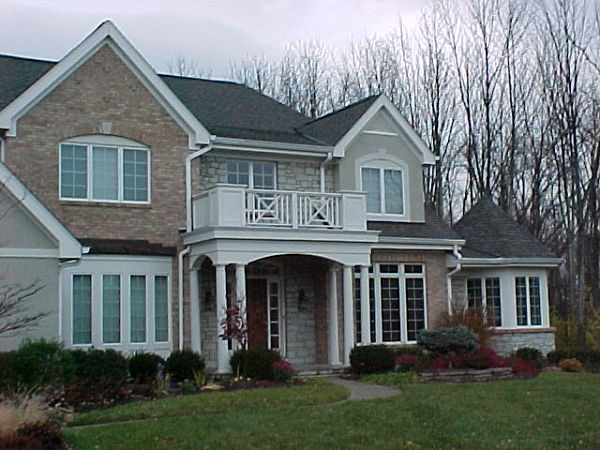 The style of a ranch home can be greatly enhanced by creating an entryway that provides the illusion of height and space. A peaked open portico draws your eyes upward as you view the exterior of this ranch home. The columns are supported on stone pillars. The openness of the columns complements the home’s overall design. 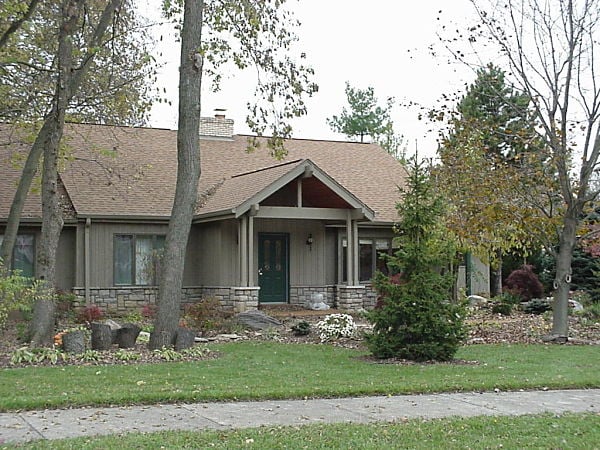 Front porches work well with many architectural styles and are a fundamental element in Victorian, Craftsman, and American Farmhouse style houses. The examples that follow illustrate the beauty and function of open front porches. 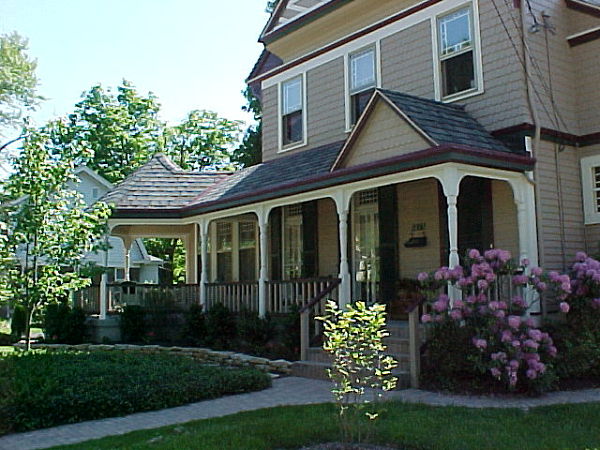 American Craftsman homes were first built in the 1860s, in part to protest the lavish Victorian homes being built in that era. Craftsman-style homes were designed for the growing American middle class. While the movement emphasized the handiwork of artisans, designs were simplified and less costly local natural materials were used.  Bungalows were designed as functional living spaces and featured geometric columns, linear woodwork and open front porches.

This Craftsman-style home is newly constructed. The sheltered entryway was incorporated into the plans. Patio doors lead to the open porch. 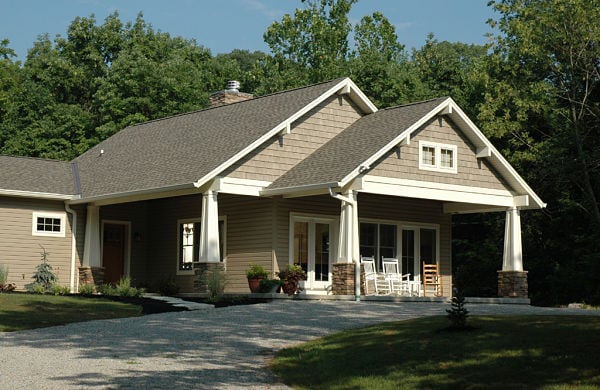 The style of home we call “American farmhouse” originated in the Mid-west. The architectural style features straight simple lines, two stories, a gabled roof, white trim and a large front porch. These homes were made to withstand the elements and were built with small windows and large kitchens. The styling is similar to homes built in Scandinavia during the 1800s. People entered the home through the porch leaving shoes outside the door.

While not in the country, this home displays the architectural elements of an American farmhouse. The covered porch shelters the entry and provides a sitting area. 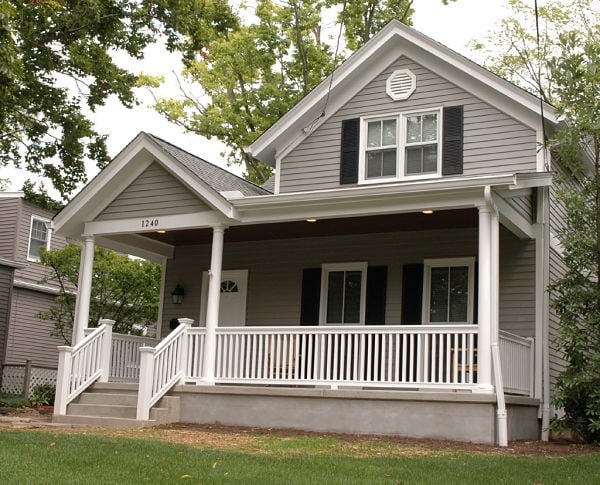 No matter what the style, a porch addition can transform a home and improve its curb appeal. 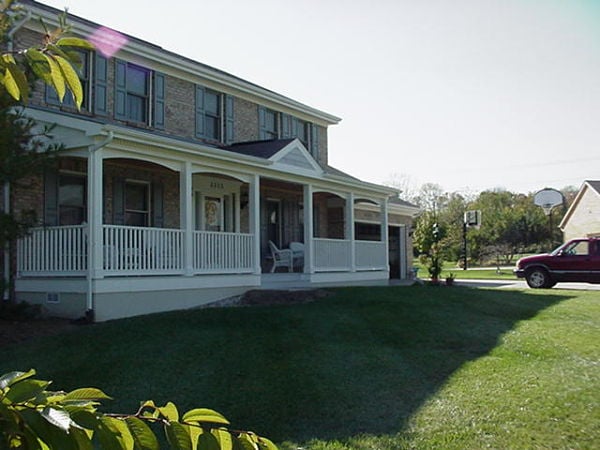